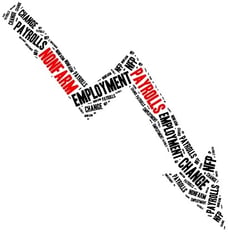 This morning, the Bureau of Labor Statistics released its much-anticipated Non-Farm payroll report, which fell significantly short of the Bureau’s expectations. According to the data, only 38,000 jobs were added to the U.S. job market in the month of May. This is more than 100,000 less than the determined “low range” of analyst estimates established before the report’s release.

According to Zacks Equity Research, today’s data records the lowest monthly jobs since September of 2010, when jobs continued to suffer from the Great Recession. Even more surprising, the 3-month non-farm payroll averages have subsequently dropped to 116,000, while the one-year average has plummeted much lower than the standard 219,000.

Although these statistics are discouraging for future job growth, this slowing job market may have a different effect on today’s housing industry and mortgage rates. Generally, mortgage rates are largely dependent on three things: the state of the economy, government policies, and investors’ demand for safe assets. In today’s sluggish economy, people have below-average demand for borrowing and investing money. Mortgage rates are thus forced to decrease in order to stimulate money circulation in the housing industry; however, these rates will not stay low forever.

For more information on today’s mortgage rates and housing industry, contact one of our mortgage officers.