Housing Market Strengthens and May Continue to Grow Throughout 2018 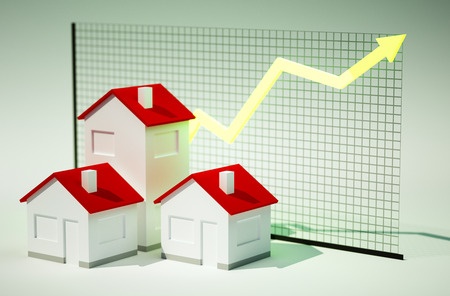 According to the National Association of Realtors’ latest report, the housing market has strengthened throughout 2017 and may continue to grow in the upcoming year. Although pending home sales and contract signings showed minor gains in November, the NAR’s Pending Home Sale Index (PHSI) revealed its highest PHS reading since June 2017. Experts remain enthusiastic about end of the year readings, as they predict existing-home sales to increase to 5.54 million by January 1, a total increase of 1.7 percent since 2016.

In addition to slowly rising home sales, overall economic growth has picked up pace throughout the end of 2017. In fact, Real Gross Domestic Product (GDP) has risen three percent in the third quarter, following 3.1 percent growth in the second. With this rise, we have seen positive job growth for the past 85 consecutive months, making the unemployment rate the lowest since December of 2000. This growth has significantly contributed to increasing homebuyer demand.

“The housing market is closing the year on a stronger note than earlier this summer, backed by solid job creation and an economy that has kicked into a higher gear,” reported Lawrence Yun, NAR chief economist. “However, new buyers coming into the market are finding out quickly that their options are limited and competition is robust.”

Although one of this year’s biggest problems for home buyers was a significant lack of home starts, causing high competition in the market, this may not continue throughout the upcoming year. Instead, home buyers could see a three percent increase in housing starts overall, with a 7 percent increase in single-family starts. In other words, the housing market may continue to strengthen in 2018. See more on 2018 housing market predictions here.

For more information about the housing industry, or to learn more about home buying in today’s market, contact one of our mortgage specialists and download one of our eBooks today.